At The Plastic in Milan, a funny night! 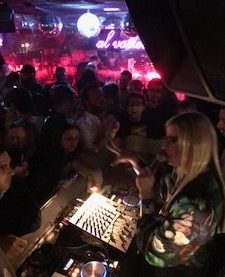 Singing, dancing, in one word having fun? So PLASTIC!

Milan always offered a very rich menu for fun. Many local, many party, as many music as there are many personality that a human being can have!

You can not define it as a local or disco, the Killer Plastic (O) is a world, in which one enters to forget what actually is the real world and luckily remains outside the door! (If you want to read its encyclopedia style story below the link – Plastic).

Plastic: or you love it or hate it. How to love it? Simple, just be a fun of trash, house songs, popular music or underground, wanting to have fun, exalt yourself, dance exorcising the fears and anxieties that beset us during the week but without judging the person who dances beside you. Oh yes, because the Plastic, infact, offers all this in three different rooms populated by a fauna and a unique flora: here you find everything! From the omo-bi-tri-sex circuit.

Three rooms, three different DJs for each of them.

The Privè, the true soul of the Plastic (waiting time about half an hour to enter if you do not die first by suffocation or crushing the throng of people who would make false cards to enter that poga as was done once at concerts). All our esteem goes to the bouncer of about 190 cm in height that pushes people back trying to break through as soon as it opens and to the person in charge of selection, who one day lets you in because he likes you and the next day does not know not even who you are and leaves you out about half an hour. 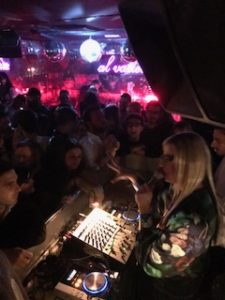 The Bordello room, a sort of living juke box where you can sing all the night songs of Raffaella Carrà, Vasco Rossi, passing through Marcella Bella, Morandi, Anna Oxa and many other popular singers from the sixties to today. Inevitable Loretta Goggi that with his indisputable Maledetta Primavera is usually the song that closes the evening around 5 am.

The third room, geographically in the middle of the two, where the music is more varied and selected, less trash more electronic and rock.

In every room there are some cubists, more or less intriguing boys, true dancers who sing all the songs, drag, transvestites, trans as soon as they are operated, boys with heels and beard or girls in masochistic attire. You can also find some fashion P.R singing like Miguel Bosè and dancing like Lorella Cuccarini.

it’s obvious: people have a fun!

The only bad note is that you have to dance sometimes in people’s arms, which is not bad if you went there with the idea of ​​looking for a human being with spend some hours toghether, but if you has the idea to book a table, stand aside and do the chic, then change the disco, this is social popular, all together passionately in the common areas. For private areas it’s a little different, you have to know the right person as often happens otherwise you do not go anywhere!

Once it was located in Viale Umbria, a historic location compared to Studio 54 in New York, also known for the frequent visits of internationally renowned artists and personalities such as Madonna, Elton John, Andy Warhol, Freddy Mercury, Prince, Paul Young, Bruce Springsteeen , Keith Haring and Grace Jones now has moved to the new largest and perhaps less appealing venue (in Gargano street n.15. ) due to the fact that it is no longer the same thing. In the past, infact, the selection was really difficult at the entrance, but once inside the people it was crazy, cool, with super sophisticated and colorful outfits and with a great desire to have fun. Today everyone can come inside the entrance and, what was once a fashion nightclub for fashion employees and mainly men, now has turned into a pit where everyone enters, from the VIP to the girl curious to see some gay people. In short, he has lost that exclusive mood taht had in the past. But a person goes to the disco to have fun, so what’s the matter?

The tip is to go! 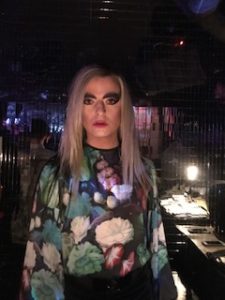 A special note should be made on the DJ of the room Bordello, the Stryxia, a colored drag with a vast musical knowledge, (sometimes skips the discs but that’s okay) that makes a musical selection allowing you to dance without thinking about anything, not even when you were young and listened to the tapes of your favorite singers.ndr
Go to top

Drinks? Good luck! In the past, if you drink too much the  day after  you would have had a headache that not even 3 McDonald’s menus would have helped you. Today, thanks also to the guys of Drinkable, it is no longer necessary to order a beer to be afraid of the cocktail that will arrive, hoping not to end up in the hospital. Drinking well at night at Plastic seems more and more possible even if the advice is to drink in moderation or to do it first at dinner with a good bottle of wine!

Did you drink too much? Before calling the taxi or driving you eat the sandwich with the salami to the trunks out of local! Never as in that circumstance a sandwich will seem so good!

Last but not least, the literature on Killer Plastic (O) is different: in 2006 a photographic book was published to celebrate the 25th anniversary of the venue, with shots taken by the staff and from the most loyal customers from 1980 to today. [6] In February 2014 the film “This is Plastic, the documentary” directed by Patrizio Saccò, was presented in Milan, a story of the first 32 years of activity and the transition to the new headquarters.