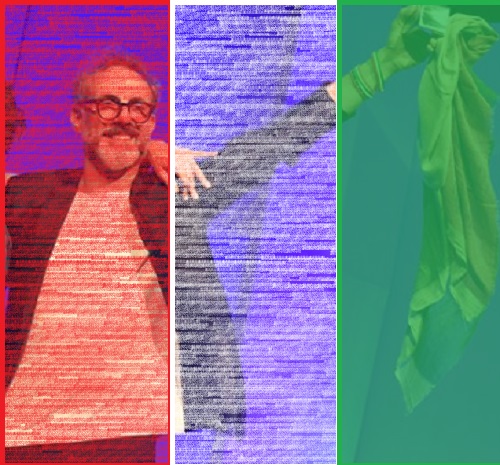 Strange to say, but perseverance and skill sometimes reward!

Last year he was second, but this year Massimo Bottura gets the FIRST PLACE at The World’s 50 Best Restaurants 2018!

If the World Cup this time will not see the participation of Italy with fervid disagreement of the Italians who are grappling with other daily problems, in the world, from Tuesday, at the tender high the tricolor flag was Massimo Bottura.

His Osteria Francescana (Modena) is ranked as the best restaurant in the world and judging 1040 reaturant experts in the competition – The World’s 50 Best Restaurants 2018 – which has among its sponsors the mineral waters Panna and S.Pellegrino.

What is the World’s 50 Best Restaurants? A sort of Oscar for world food, in which Spain has been ranked 7 times on the podium unlike the renowned French cuisine, our neighbors cousins ​​who have unfortunately never even won a single edition.

The first to speak during the seventeenth edition of this award was Bottura’s wife, Lara Gilmore: “In this room we must remember that we are all winners, we work in one of the most beautiful sectors in the world!”.

Then the words of Bottura that underline how the cooks can also produce changing “all together we can be the real change of the world. And let’s rock and roll! “

In a theater full of all the authors of world gastronomy, the auditorium of the Euskalduna Jauregia congress center in Bilbao, journalists and judges, Massimo Bottura, in black tuxedo and white sneakers by Gucci,, defeats the competition and holds his beloved prize (next to his wife, Lara, in floral dress)

In the evening full of great emotions, a “romantic” note was made in memory of recently missing chefs: Anthony Bourdain, then Gualtiero Marchesi (“thank you master for everything you did with the kitchen and Italian gastronomy and for helping us to live the Dolce Vita a little more “says William Drew of the Fifty Best Group Editor) and Paul Bocuse.

In short, in view of this new ranking, perhaps, put aside a little ‘money to go to the restaurant Osteria Francescana,, it would be a great idea.

A question comes spontaneously: what happened to our beloved and discussed Chef Vip in all this? From Cracco, Vissani, Cannavacciuolo, Barbieri, Borghese, Bastianich to Rugiadi etc? Struggling with the Michelin Guide and Gambero Rosso charts or perhaps too intent with their programs where they dispense judgments, criticism and advice?

The victory of Massimo Bottura, surely, shows how a chef who spends more time on television than in the kitchen can hardly get there first in the world! To each his job and for every job his “office” (not to be confused with television studios).

Other Italian chefs Enrico Crippa with the Piazza Duomo restaurant at 16th place, Raffaele Alajmo with the Calandre at 23rd, Nico Romito with Reale at 36th.

Other Italian Chef  have positioned themselves in the world rankings (and none of them is strangely a Vip chef …): Enrico Crippa with the Piazza Duomo restaurant at 16th place, Raffaele Alajmo with the Calandre at 23rd place, Nico Romito with the Reale at the 36th place.

If you want to have a complete look on the charts to mark the restaurants where you can have dinner when you are around the world, here is the list of the World’s 50 Best Restaurants 2018: