Alberta Ferretti and the outfits for the Alitalia hostess & stewards 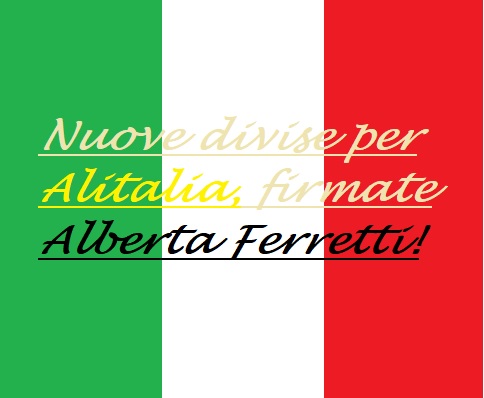 On the occasion of the Resort 2019 and Limited Edition fashion show at Palazzo Reale in Milan, – 15 June 2018 – Alberta Ferretti will officially presents the new uniforms for Alitalia’s hostess and stewards.

«This is a unique and exciting project that I took to heart from the first moment. I am happy to present it during Milan Fashion Week », underlines the designer.

Alitalia, as is known, with the departure of Etihad Airway is in extraordinary commission, but apart from all the rumors that we do not care, now decided to collaborate with another of the signatures of the made in Italy of luxury fashion: Alberta Ferretti.

Well, considering the last uniforms, which apparently, according to the rumors, made it hard for the hostesses who complained about excessive heat of the fabrics and socks, the company flag (Italy?) opted for a total restyling.

The story teaches that several designers have succeeded in passing drawing the uniforms (LINK) that are certainly the most observed at international level (more than Beyoncè’s boots at his concerts, so to speak!).

What will Alberta Ferretti does then? We’ve been wondering for some time, since the news of the collaboration came out in November. So we imagined the hostesses adorned with flakes and chiffon teasing for the corridors of the airplanes offering coffee or water. A bit ‘less imagination was had for the stewards, as the brand is specialized in women’s fashion only. Chiffon for men too?

NO! Here the sketches were finally revealed. Nothing transcendental, but certainly, unlike the previous ones, much more glamorous and less conspicuous in their aesthetics (!)

No details are missing and we must wait until June 15th, but as you can guess from the sketches you will have blue suits tightened at the waist by a belt with the colors of the fleet for the hostess and a suit with tie and decoration profiles for the stewards.

To remember the history of the most discussed uniforms in Italy after football matches:

How will the queen of chiffon surprise us?